If you would ask whether I would like to have the dirty ice cream or the crispy chicken from KFC, I would choose the dessert. because I have sweet tooth.

With change I saved from my baon, I would buy ice cream in front of the City Hall (in South) and watched tennis match in the park across the City Hall. The park was huge enough for sport enthusiast and kids.

All sorts of ages enjoyed the closest space that mimics nature.

Trees and bushes made the City Hall looked like a thriving Mayan Pyramid amidst the city.

Till one day, urbanization or capitalism change (literally) the way people view the establishment forever. Fast food restaurants like KFC and stores sprang from what used to be a park.

This song always come into my mind whenever I pass by.

At a young age, I was saddened to see concrete buildings instead of grass and trees. And I can’t see the City Hall without having to walk pass the busy business meant to bring in more money to the city.

But can’t that one park be spared?

Let the people be rejuvenated by nature. At the heart of the city, peace of mind can rule over the hustle and bustle. 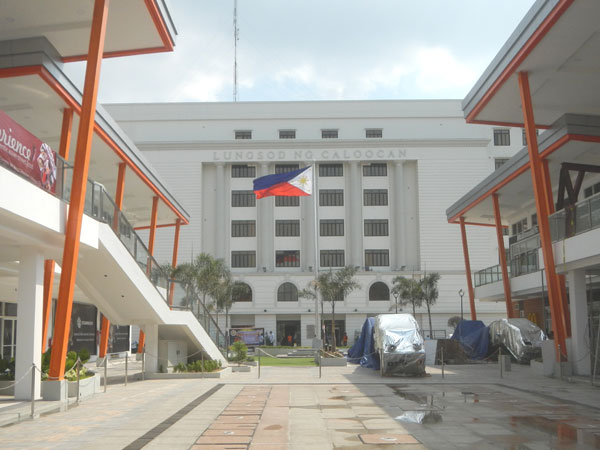 In retrospect, I was fortunate to enjoy the park as long as I could; it was an experience the new generation wouldn’t have.

The park cannot be restored but may there be new parks built (by environment-friendly politician) in the future.

Though not as grand as the Central Park in New York, may there be a green space to be shared by everyone while enjoying their favourite ice cream in a cone or bun (also called monay).

Do you used to go to the same park? What is the fondest memory you can remember in the early days?

« Writing Where I Left Off
Should You Take a TESDA Course? »

Calie, here, still loving and knowing the city that made a home in my heart. And craving in my tummy. Apparently, street food (like lugaw) can leave a lasting effect in a person’s life.

This site uses Akismet to reduce spam. Learn how your comment data is processed.

SUBMIT OR EDIT YOUR BUSINESS.